Infants with the genetic disorders trisomy 13 or 18 are more likely to survive if they undergo heart surgery, a study from researchers at Stanford and the University of Arkansas has found. Largest study of its kind

Using data gathered from 44 children’s hospitals across the United States between 2004 and 2015, the researchers reported outcomes for nearly 1,600 patients, the largest study ever of infants with trisomy 13, also known as Patau syndrome, or trisomy 18, also known as Edwards syndrome, Collins said. 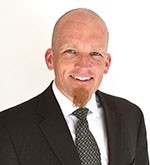 The researchers found that heart surgery increased survival and hospital discharge on average from 33 percent to approximately 67 percent for these patients, and that this benefit lasted through two years of follow-up. “When we analyzed the survival curves, the data spoke for themselves,” Collins said. “Especially for trisomy 18, the number of babies that survive more than doubles after surgery.”

Most infants in the study were admitted at less than a day old, and 51 percent of infants in the study who had congenital heart defects died in the hospital or were discharged to hospice. The researchers also found that in-hospital mortality decreased in infants who were older at their admission date, heavier and female, corroborating previous findings.

Collins said his goal is to challenge the narrative surrounding these two conditions, much like how the story of trisomy 21, or Down syndrome, has changed in the last 40 years. “Back in 1975, folks would’ve said there’s nothing we can do to help those babies,” he said. “But now people have proven if you do heart surgery early, patients with Down syndrome can live to adulthood and be active members of their community. The difference it makes for them is tremendous.” Forty percent of people with Down syndrome have congenital heart disease, Collins said. And unlike cases of trisomy 13 and 18, it is now standard-of-care to operate on children with Down syndrome.

Scientists aren’t sure why trisomy 13 and 18 are associated with higher rates of congenital heart disease than trisomy 21, and why patient death rates are so much higher.

Back in 1975, folks would’ve said there’s nothing we can do to help those babies.Collins is certain, however, that trisomy 13 and 18 patients have far more neurological and developmental issues than those with Down syndrome, and is unsurprised at hospitals’ attitudes that surgery is considered a big risk to take with patients who have a low likelihood of survival.

Still, he suspects that the results of this study might shift the paradigm of how babies with trisomy 13 and 18 are cared for. “Surgery gives parents the option to say, ‘We’re going to do everything we can for our baby,’” said Collins. “And now we’ve shown that heart surgeries could allow parents to take their babies home from the hospital, and have them for two years or beyond, as opposed to two weeks.”

Collins also said that taking care of the patients’ heart problems early on could enable caregivers to then properly analyze other health issues and perform follow-up procedures, such as tracheotomies, to improve the infants’ respiration. His next study, in fact, is looking at all the risk factors other than heart disease in more than 3,000 trisomy 13 and 18 patients and analyzing how their collective health problems fit together. Collins hopes eventually to create a guideline for pediatric caregivers to determine which problems to treat in which order.

His work teasing out the most effective treatments for these babies ties into Stanford Medicine’s focus on precision health, the goal of which is to anticipate and prevent disease in the healthy and precisely diagnose and treat disease in the ill.

Two researchers at the University of Arkansas for Medical Sciences are also co-authors.

The research did not receive external funding. The data were acquired from the Pediatric Health Information System as part of the use agreement with participating hospitals.